For This Outdoor Drag Queen, the Trail Is a Runway

It all started with a pair of six-inch-heel boots, stuffed into a backpack.

Wyn Wiley, a native of Lincoln, Nebraska, grew up camping with fellow Eagle Scouts. He also grew up queer, closeted, and unable to be himself—especially in the traditionally masculine world of outdoor adventure. 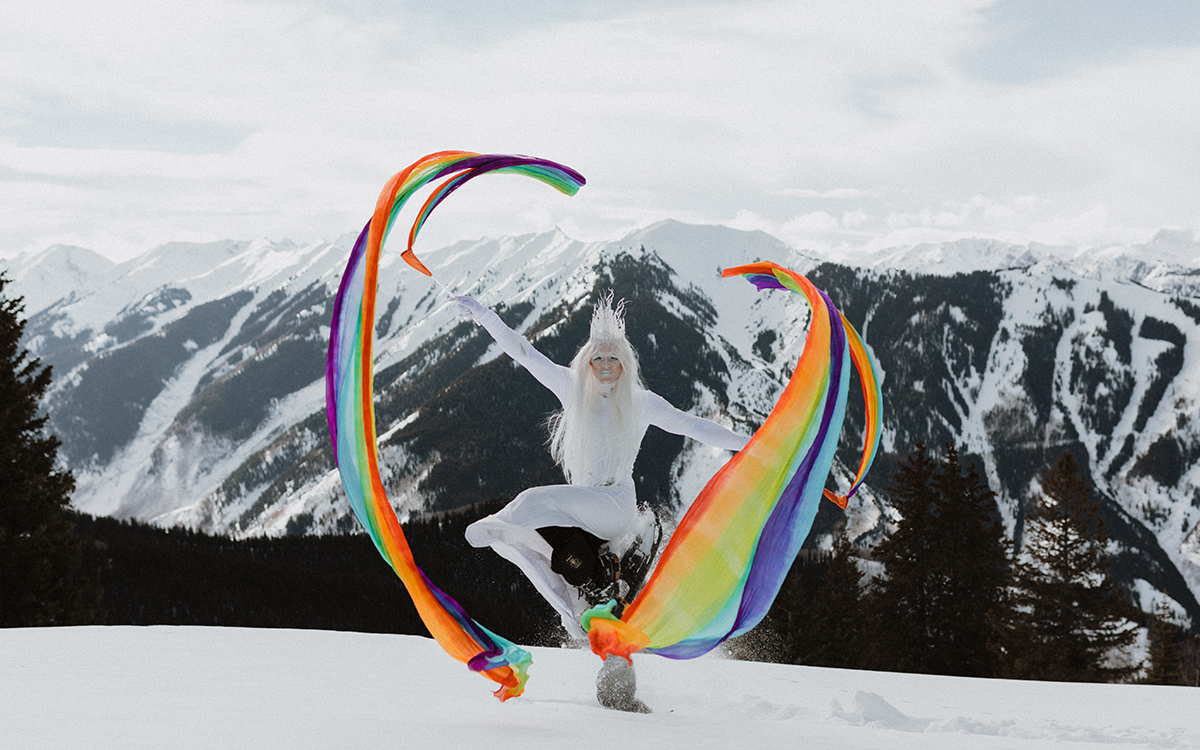 After coming out, graduating college, and becoming a commercial photographer, Wiley tried drag in early 2018, posting portraits of himself as Ginger Snap online. But the hate messages rolled in, and Wiley hid his signature boots in his closet. It was only on a backpacking trip with friends a few months later that he felt safe enough to bust them back out and then strut along the Continental Divide Trail.

Thus Wiley’s “backcountry queen” alter ego, Pattie Gonia, was born. Wiley started posting photos and short videos of himself in character to Instagram, and the account quickly gained followers, striking a chord with an outdoor community hungry to transcend traditional bounds of gender and sexuality. Now, only a year later, Pattie Gonia has nearly 200,000 followers.

“Through Pattie, I’m learning to love and accept myself for myself—the feminine me and the masculine me.”

Pattie has captivated internet audiences by surfing in heels, staging an elaborate wedding (to herself) in Yosemite, upcycling outdoor gear into fabulous costumes (fanny-pack bra, anyone?), and delivering tongue-in-cheek PSAs against littering, toxic masculinity, and fast fashion. Wiley—who refers to himself using male pronouns and to Pattie with “she” and “her”—also makes cameos on Pattie’s feed to share intimate real-life experiences, such as coming out as gay to his grandmother, and to dispense tips on being an LGBTQ ally.

Wiley, 27, hopes to get more people to live unapologetically. “I always imagine I’m posting to a queer, closeted 14-year-old like I used to be—someone who needed someone to be honest, to share where they were at,” he told Sierra from Flaming Gorge, Utah (where he reported feeling “very welcomed by the name!”).

At its core, @pattiegonia is an alfresco celebration of queerness and gender fluidity. “Through Pattie, I’m learning to love and accept myself for myself—the feminine me and the masculine me,” Wiley said.

The homegrown persona is also a nod to Wiley’s belief that, essentially, we’re all just performing for one another. “When I put on my straight-passing outfits and lower my voice to drive across Nebraska because I don’t want the looks, that’s drag,” he said. “When we put on our $500 hiking outfits, that’s us dressing in outdoorsy drag.” Wiley—along with fellow creatives who help art direct, costume, and photograph Pattie—isn’t trekking in the backcountry just to flaunt Pattie’s recycled-raincoat capes and platform Chacos. As an influencer, he’s frequently approached by outdoor companies seeking to get gear in front of Pattie’s many fans. What’s Wiley’s brand of Insta-capitalism? He prefers to highlight brands that agree to donate proffered gear to organizations working to expand access to the outdoors.

Recently, Wiley started organizing LGBTQ group hikes and cleanups with Pattie. “We’re gonna do a whole Midwest tour in seemingly average spaces—neighborhood and state parks. Because not everyone lives with access to privileged outdoor spaces, and not every adventure has to be about conquering, about epic views.”

As Pattie recently posted after getting sick and cutting a backpacking trip short, “the finish line is for the ego; the journey is for the soul.”

This article appeared in the November/December 2019 edition with the headline “The Trail Is Her Runway.”

22 Amazing Hiking Trails You Have To See To Believe