With lower income families frequently left out of the outdoors, Amina Smith-Gul tells us how she used the British Exploring Society to get into adventure travel 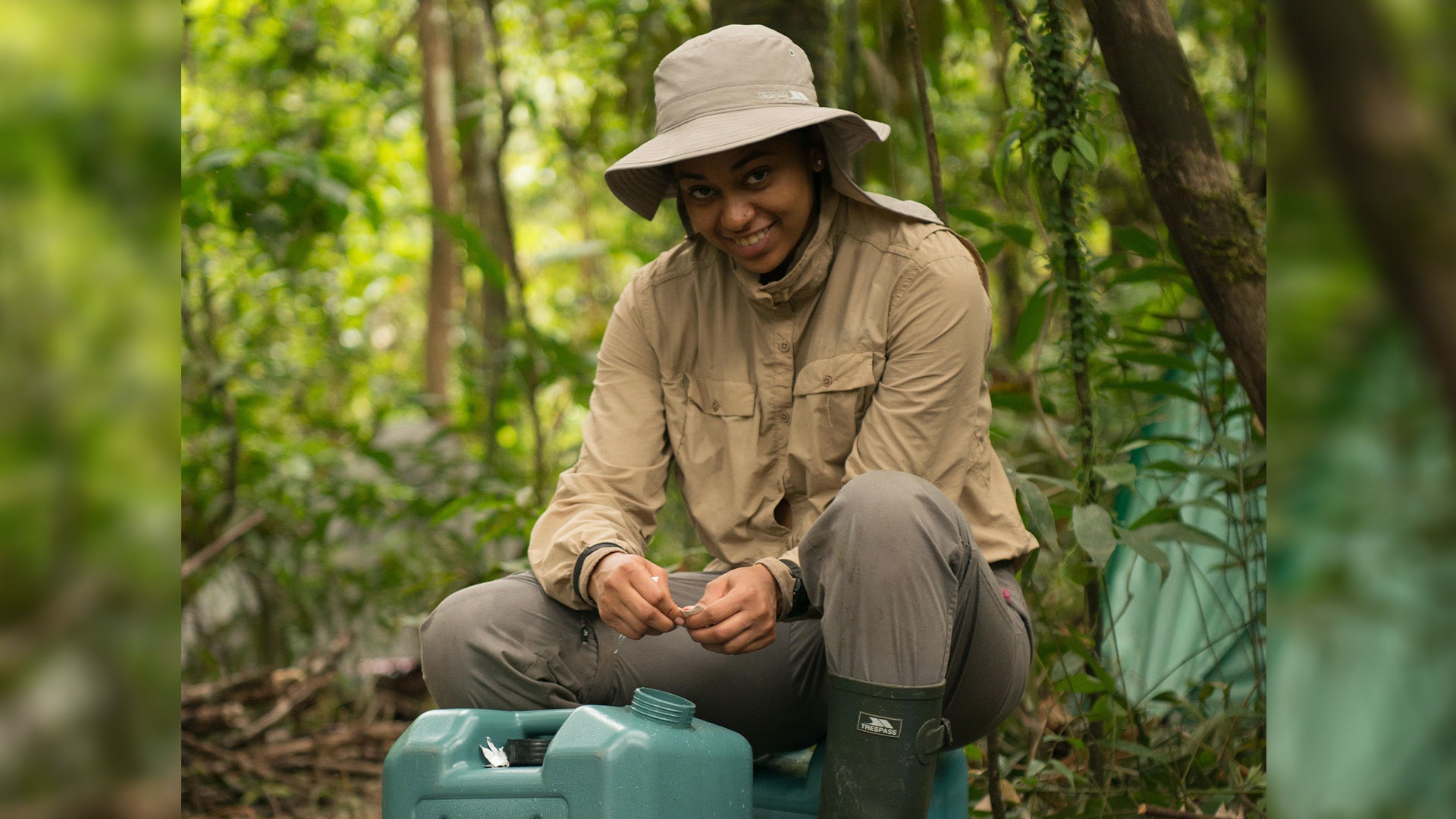 Pepys Estate sits on the south banks of the Thames in Deptford, south east London, and when it was first built in 1973, it was the jewel of welfare living – housing for those who needed it the most. However, after years of austerity, a breakdown of the welfare state and increasing gentrification, the communities living in these estates have found their aspirations limited as much-needed funds have been stripped out of key social work projects.

Born in 1998, Amina Smith-Gul was brought up near the Pepys Estate and was exposed to an upbringing that is sadly the normality for many youngsters from low-income families growing up in central London; an upbringing where gang culture, knife crime, and death are part of the local news cycle.

“Gang culture, knife crime, and death are part of the local news cycle”

Losing her grandmother, who’d been suffering from Parkinson’s disease and who she’d been caring for, around the same time that her auntie was murdered by her uncle took a huge emotional toll on the young Amina. To make things worse for the then fifteen-year-old, her best friend became another victim of London knife crime. These events left Amina feeling angry and alone, and resulted in her pushing herself away from her mother – something which, in turn, led to her living rough on the streets. 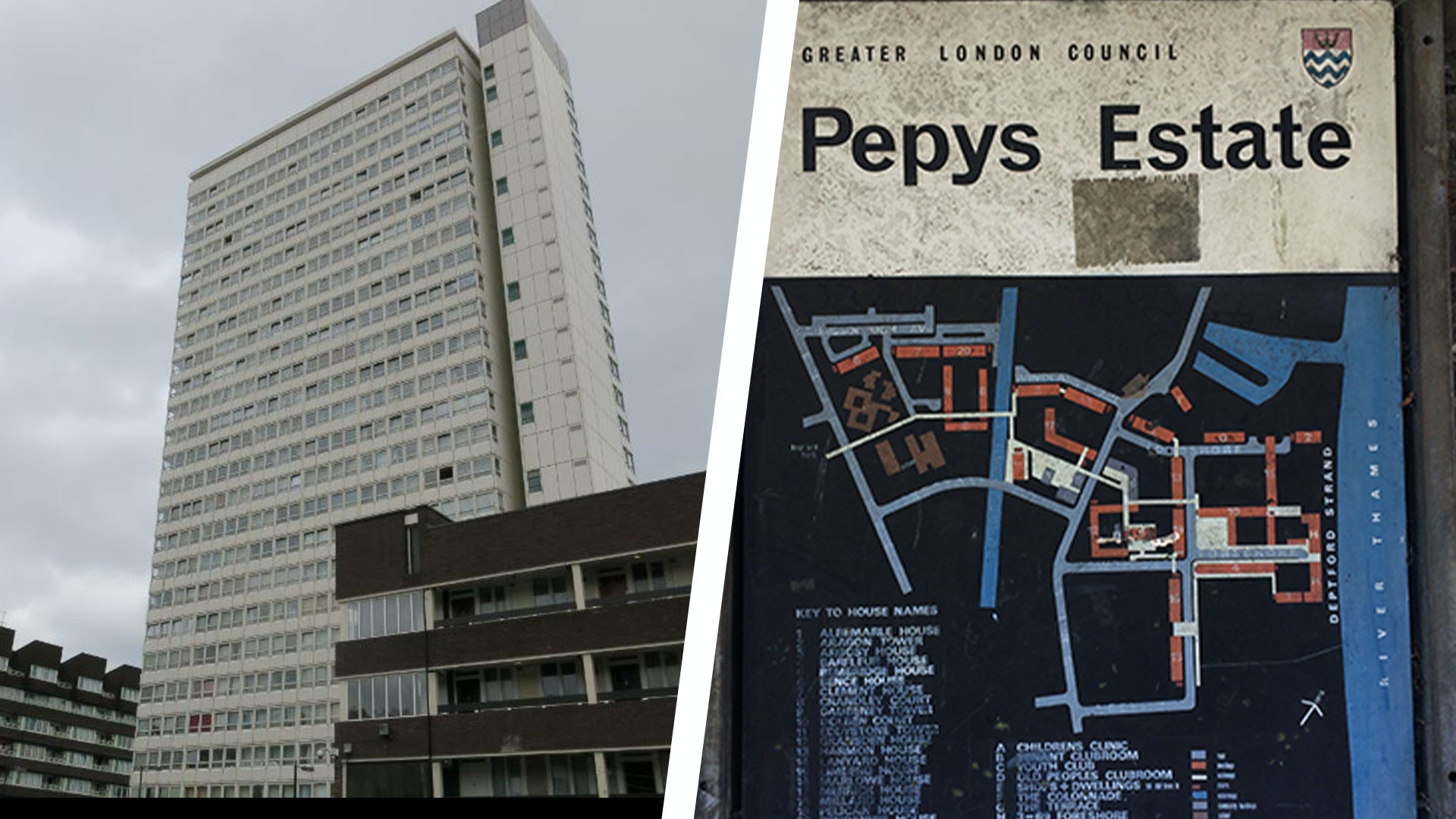 Amina’s mental health spiralled downwards. Nobody expects to experience this in their lifetime, let alone over such a short period of time. With everything that was going on, it’s fair to say that Amina was presented with little opportunity to focus on her passions during her teenage years.

Speaking with me over the phone, Amina told me how she managed to use the outdoors to climb her way out of one of the darkest moments in her life and how the same initiatives that made adventure travel accessible to her, can become inroads to a previously unimaginable pathway for those with a similar background to herself.

“As you can imagine, growing up in and around an estate, it’s not the best of ways to grow up. I had a lot of anger issues because of all the trauma that I faced. A lot of people from my background are suffering with trauma that they’re not even aware of. People I know know someone that’s been murdered, it’s quite normalised which is a bit sad,” says Amina.

While it would, of course, be wrong to claim that those brought up within the UK’s council estates are all exposed to this level of trauma, it’s certainly an all too frequently raised issue from those who have spent time living in the estates.

With few opportunities to leave their own city presenting themselves – let alone the country – and the “normalisation” of violent knife and gun crime, it’s no wonder the outdoor pursuits seem a world away for those growing up in council estates. As an issue, this is something that’s all the more critical when you consider the proven health benefits that outdoor activities have on younger generations. Amina puts it to us that “the outdoors aren’t seen as an avenue for them [teenagers from estates], it doesn’t feel like it’s something that they can be a part of.”

This is similar to a point raised by Dwane Fields – the first black Briton to reach the magnetic North Pole – when we spoke to him last year: “People have looked to adventure and the outdoors as, let’s be honest, a white man’s sport. And we can drill that down further, a middle class white man’s sport.”

This is where the British Exploring Society comes in; a youth development charity that looks to bring inclusive adventure to all. Founded by George Murray Levick (a member of Scott’s final Antarctic expedition) in 1932 as the ‘Public Schools Exploring Society’, it initially served as a gateway for public school children to take part in adventurous expeditions. However, after a concentrated effort to focus a majority of their resources into offering equal opportunity adventure for all, the BES have been able to move away from that public school background and open up life changing adventures to all young people aged between 14 and 25.

After a visit from a British Exploring Society staff member at her local youth centre, Amina soon found herself with the opportunity that rarely presents itself to many teenagers; the chance to undertake an expedition to the Amazon, the Yukon or the Indian Himalaya: “A guy called Matt had come in and done a presentation about expeditions and stuff. I was amazed by it as I’m actually someone that really loved David Attenborough from a young age. I just love how he narrates nature and I was so fascinated by that. And when I saw that [the presentation], I was like ‘wow, this is basically what David does.’”

“Amina soon found herself with the opportunity… to undertake an expedition to the Amazon, the Yukon or the Indian Himalaya”

Soon after that presentation, Amina found herself signed up to a year-long programme with BES, which included picking up vital fundraising tips, heading off on preparation expeditions within the UK and of course, the final three-week expedition in the Amazon. “I was quite excited to go, but I was really nervous because I’d never really done outdoor camping, that sort of stuff, I also thought that I’d only be around people from different backgrounds. When I went to my brief weekend, I saw that I was the only one that had never camped before.” Out of the frying pan and into the fryer for Amina, this kind of shock-to-the-system outdoor experience did wonders for the youngster and allowed her to experience parts of her character she didn’t know she had.

“One of the moments that I actually realised that I could actually see that there was a change happening within me was when we were given a challenge to go back to a place without any direction or help from our guide”, she tells us.

With the group soon lost amongst the shrubbery in the heat of the Amazon, Amina stepped up to the mark to show the leadership capabilities that she had on offer, “I changed my attitude and started saying ‘come on guys, you can do this’, then everyone’s motivation started going back up again. We actually got to the place where we had set out to go and what I kind of got from all of that was to keep going despite not knowing your destination.”

And those middle class peers she had previously shied away from? Well, the expedition opened up a whole new world to her: “I learnt how a lot of assumptions that we make about people that are not from the same background as myself is like the complete opposite, being on expedition really helped me to remove a lot of the assumptions that I’d had before and some of those assumptions I was nervous about.” I asked Amina what her plans were after the Amazon trip – would she kick her feet up and fill her Instagram with #humblebrag Amazon photos? I don’t think so: “My mental health became way better. I came back with a drive to help others as well – from my own background especially – because I could see the impact on me. Like, I wanted other people to be able to feel that too,” This included soon taking up a job as a football coach for London FA, while volunteering for UEFA’s Equal Game conference (Amina is a massive football fan) and possibly one of her most exciting projects to date – Black Minds Matter. “Black Minds Matter gives opportunities to young [BAME] people. So when we work with the 13 to 16-year-olds, we’re providing them with creative art therapies. For the 16 to 25-year-olds, we would meet once a month and have master classes, which would include topics like wealth creation, politics and just provide them a space where they can feel safe, I suppose, in a sense of being able to express their opinions as well…  I also brought the Duke of Edinburgh Award into Black Minds Matter, so everyone is automatically a part of Duke of Edinburgh, so that’s coming from my own experience with the outdoors, and trying to get them involved in and be able to do the Duke of Edinburgh”

This is an exciting – and long overdue – initiative in the outdoor industry.

With Phil Young recently explaining on Mpora why the outdoors has a race issue, it’s clear that the more inclusive we are able to make the outdoors for inner-city BAME communities, the better.

Back to Amina, the Amazon was just the first of many expeditions that she plans to take part in. In 2021, there’s something exciting in the pipeline – a winter crossing of a frozen lake Lake Baikal, the largest freshwater lake in the world. 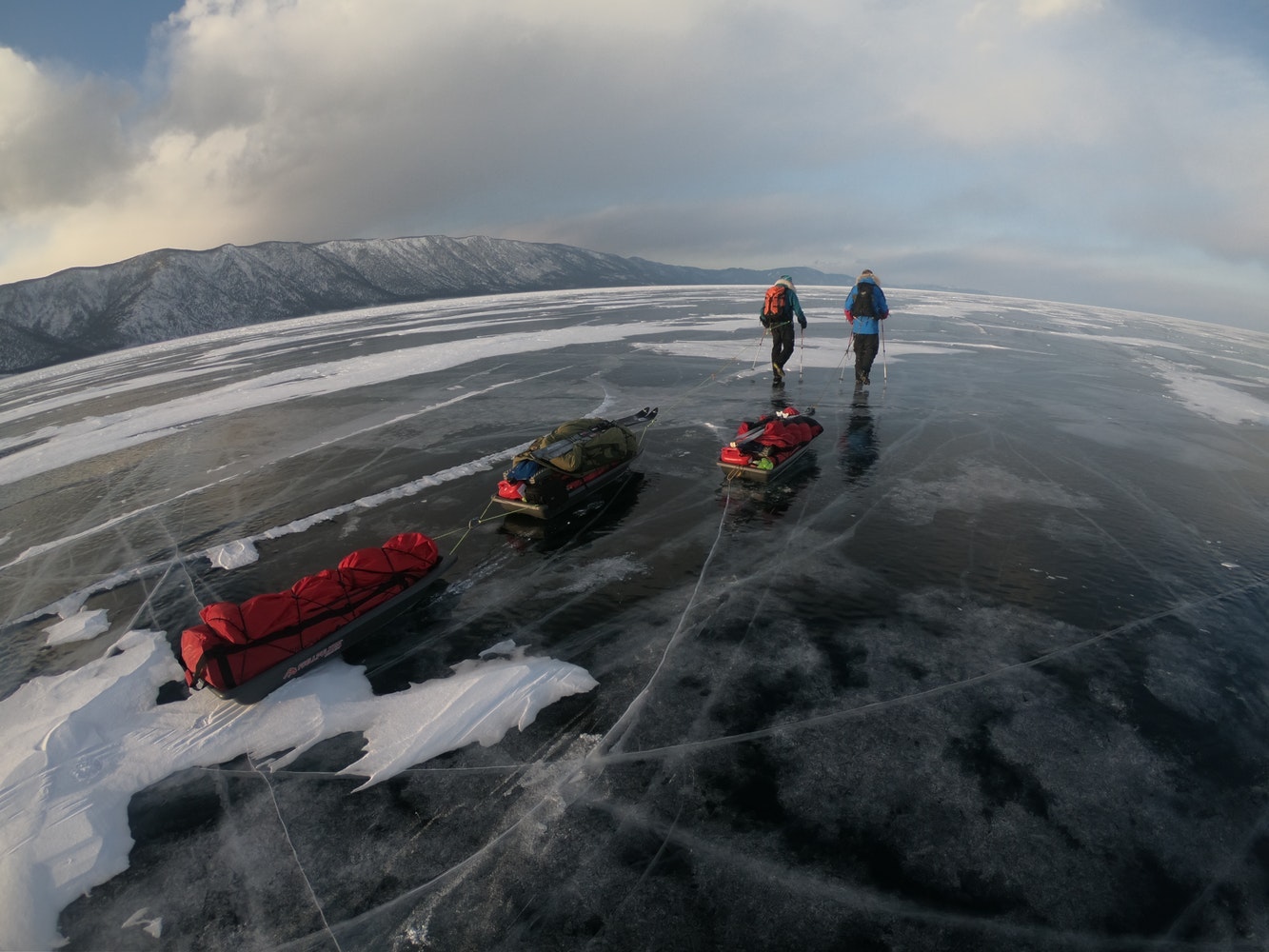 “I’m really excited about this next expedition as well… Me and the cold aren’t particularly good friends! But like the advice I give to others [get out of your comfort zones], I use that same advice for myself.” The 14-strong British Exploring Society team plan on hiking across this frozen lake, while dragging a pulk behind them, which will be holding all their essential equipment to survive three weeks on the ice.

After a quick Google search and flick through the previous expedition logbooks, there appears to have been 39 expeditions crossing Lake Baikal over a 17-year period. These logbooks are peppered with Eastern and Western European male names, as expected. But the most critical point to look out for within these expeditions is the distinct lack of BAME-origin names filling these ranks. And, more to the point, there certainly aren’t any young females, from inner-city London on the list. The British Exploring Society, it would seem, really are smashing down barriers in the adventure community.

“People like the BES are really giving opportunities to people from my background and also people who are coming from care. I just wanted to say that BES has provided me with such an amazing opportunity. Sometimes I think ‘how did I come across this opportunity?’ So yeah, thanks to BES, as they have had a huge impact on my life, that I’m really grateful for.”

Thanks to you Amina, your story is an inspiration to all of us here at Mpora.

Ski Touring on Svalbard | The Magnetic Pull of the North

The post The British Exploring Society | How The BES Is Helping To Make Adventure Open To All appeared first on Mpora.

Bryce Canyon Was the Reprieve I Needed